Artist of the Month…Shawn Artis

Kids 1st Saturday is this weekend! 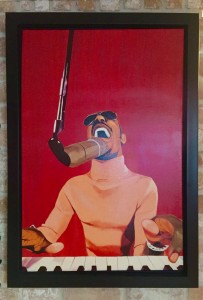 www.theshawnartisgallery.com
Instagram: @theshawnartisgallery Facebook: The Art of Shawn Artis www.behance.net/theshawnartisgallery
Shawn Artis can be seen creating live works of art at various venues throughout the city. His prolific artwork has quickly established him as one of the top emerging visual artists to watch on the Houston arts scene. His work has been displayed at the Houston Museum of Fine Arts African American Artist Exhibition, Bombay Sapphire and Russell Simmons Artisan Series 2013 & 2014, the Houston Museum of African American Culture, Midtown Art Center, and numerous other museums and events.
His early influences include Ernie Barnes and John Biggers, who both stimulated him to expand his art form. He has created artwork and portraits for celebrities. Although he has created many images of celebrities, his biggest influence and artistic muse has been his daughter, Ari, whose birth inspired him to create artwork that’s diverse, inspirational and spiritually impactful.
Shawn’s artwork will be on display during the month of December at The Breakfast Klub. He is also giving away a print of his Stevie Wonder artwork. To enter the drawing: just stop by The Breakfast Klub and fill out an entry form.